Asiff Hussein, Author and Editorial Director of Sailan Muslim Website was conferred an award by President Maithripala Sirisena for his Contribution to People of Sri Lanka, a government publication produced by the Ministry of National Coexistence and Official Languages.

The launching of ‘People of Sri Lanka’ took place on  the 18th July 2017 at the BMICH under the patronage of His Excellency, the President of Sri Lanka Maithripala Sirisena and Minister of National Coexistence and Official Languages, Honourable Mano Ganesan. The book is the most comprehensive study on Sri Lanka’s races and covers as many as 18 communities who have made Sri Lanka their home. Other contributors to the publication include Malani Endagama, S.Pathmanathan, Dennis Mc.Gilvray, M.S.Mookiah, Kalinga Tudor De Silva, B.A.Hussainmiya, Stephen Labrooy, Earl Berthelot, JVC Croos, Yusuf Mamujee and Hameed Karim.

Asiff Hussein is the author of a number of publications spanning fields as diverse as Ethnology, Sociology, Linguistics and Islamic issues. His works include Sarandib. An Ethnological Study of the Muslims of Sri Lanka, Zeylanica, a Study of the Peoples and Languages of Sri Lanka Ivilly Pevilly. The Gastronome’s Guide to the Culinary History & Heritage of Sri Lanka, Caste in Sri Lanka. From Ancient Times to the Present Day and Tolerance in Islam, also translated into Sinhala as Islamaya Desana Agamika Ivasima. His writings have also been published in International journals such as Hamdard Islamicus Journal of Studies and Research in Islam. He presently serves as Editor-in-Chief of Wahed Halal Investing Magazine, an online magazine dedicated to the promotion of ethical interest-free banking and finance and as Vice President, Outreach, Centre for Islamic Studies.

Hussein holds a B.A. Degree in Social Sciences from the Open University of Sri Lanka, a Post-graduate Diploma in Archaeology from the University of Kelaniya and a Diploma in Journalism from the Aquinas College of Higher Studies, Sri Lanka. He is an Alumnus of the International Visitor Leadership Programme organised by the US State Department, having participated in an IVLP Programme on Religion and Social Justice in America on a tour that covered Washington, Huntsville, Birmingham, Santa Fe and San Francisco from June 28th to July 16th 2010. 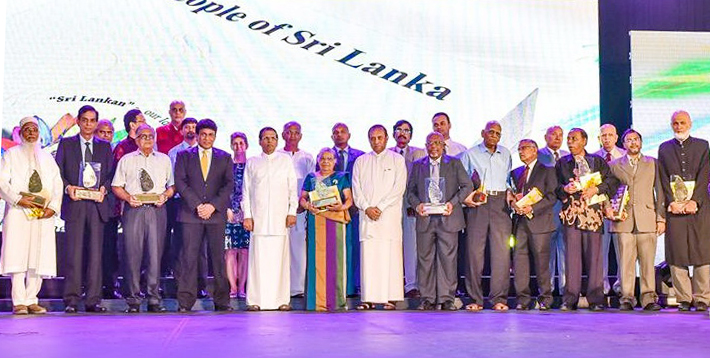